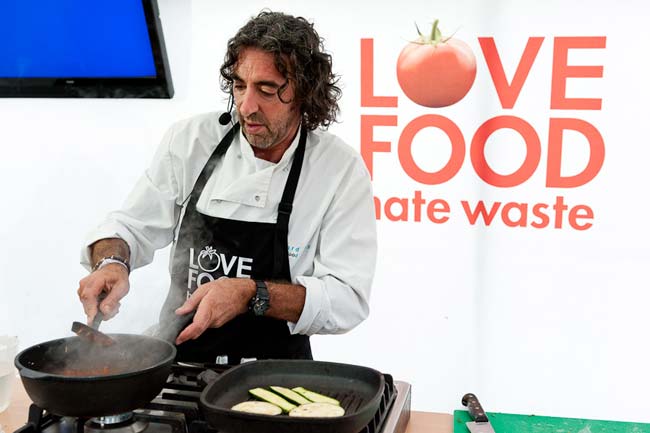 As the Nottingham Food and Drink Festival approaches, more and more details are being released in order to whet the appetite of locals and visitors to the area.

The latest announcement reveals that acclaimed chef, broadcaster and writer Richard Fox will be the host of this year’s highly anticipated demonstration area, which has been expanded for 2012 to maximise public involvement in the cookery, wine and beer tasting events.

Richard will host demonstrations from some of Nottingham’s finest chefs in the Market Square as well as stepping up to the hob himself during the five-day festival from the 4th-8th July.

Renowned for appearances on UKTV Good, Saturday Cooks on ITV and The Good Food Show on BBC Radio 4, Richard is also a consummate presenter whose interview credits include Jamie Oliver, Heston Blumenthal and Hugh Fearnley-Whittingstall.

Richard is well known for cooking with beer, as well as creating gourmet beer and food matches. His great passion is the subject of reducing food waste. He is currently touring the country performing cookery demonstrations revolving around the theme of ‘Love Food, Hate Waste’, in addition to promoting his new book which is entitled ‘How to be an everyday kitchen magician –fabulous feasts for almost free’.

“Having been involved in the Festival back in 2009, I couldn’t resist returning to Nottingham when I got the call,” said Richard. “It is a Festival that has really captured the imagination of the public and has gained momentum year-on-year.

“I’m looking forward to sharing some of my own recipes and tips with the people of Nottingham, as well as working alongside some of the great chefs that the city is home to.”

The 2012 Food and Drink Festival is sponsored by local low cost airline bmibaby and is once again being organised by We Are Nottingham Leisure, the Business Improvement District (BID) for licensed premises in the city centre. Chief Executive Sylvia Oates said:

“Richard really is the perfect fit for this year’s Festival. One of the major new additions is a beer and wine sampling area, stocked with a selection of wines and locally produced real ales, so Richard’s beer and food matching skills will be put to great use.

“We can’t wait for Richard to take to the stage in the newly extended demonstration area with some of Nottingham’s finest cooking talent. It really is a winning combination.”

As well as the demonstration area and beer and wine sampling marquee, this year’s festival sees the return of the regional food and drink market, with over 40 stalls being set up in the Market Square. Restaurants and bars from across the city will be hosting a varied programme of events and master classes as well as a fantastic range of special offers to tempt diners to try something new.

Restaurants involved include Chino Latino, The Walk, Tonic, Fat Cat, Eviva Taverna, Nada Budaya and Sinatra, just to name a few! To find out more about what’s on at The Nottingham Food and Drink Festival 2012, simply visit nottsfoodanddrinkfestival.com for more information, special offers and demonstration times.