How to find the best gastropub in your area 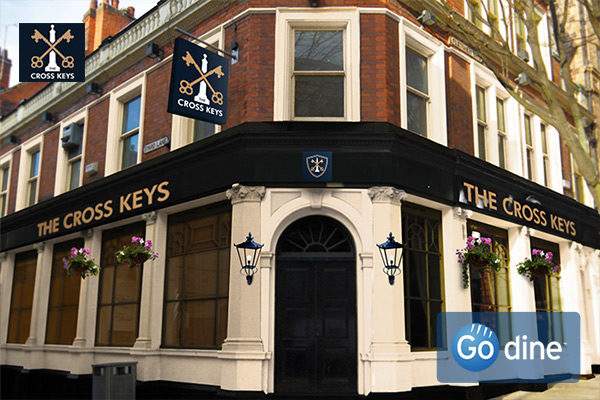 Sometimes it can be difficult to weed out the bog-standard from the outstanding when it comes to looking for a great British gastropub. Not to worry, we’re here to help you out with some tips to ensure you get everything you’re looking for! Trial and error Probably the least efficient way to look for a […]

The Woodhouse in Leicester for award winning Christmas food

Elegant in tones of pink and grey, with the welcome of oak beams and armchairs by the log fire, The Woodhouse is an award winning British restaurant in Leicester that holds 2 AA rosettes for its fine food. Offering Christmas menus for lunch and dinner, as well as a 4 course lunch on Christmas Day, […]

Cedars Lebanese in Leicester is hosting Christmas with a difference

On Church Gate in Leicester there is a popular Lebanese restaurant called Cedars. With its modern yet natural interiors creating a welcoming warming vibe and one of the best cuisines on the planet, Cedars is the perfect restaurant for eating and sharing. Their Christmas party menu is available from 21st November 2013 to 30th December […]

San Carlo in Leicester for an Italian festive feast

The most popular restaurant in Leicester is San Carlo, an Italian restaurant on Granby Street in the city centre. A huge airy space, it almost brings the outside in to create an elegant gazebo feel and the bold red design accents alongside twinkling lights make it the perfect place for a Christmas celebration. Offering a […]

The Parcel Yard in Leicester has a casual festive buffet

You will find the somewhat eccentric yet incredibly inviting Parcel Yard on London Road in Leicester. Part of the Steamin’ Billy pub group, it offers a traditional British atmosphere in a large and eclectic interior. There are several different areas for dining and drinking; fun and lively with enough space to prevent overcrowding and plenty […]

The Dining Room in Leicester for an adventurous Indian meal

In Birstall, Leicestershire, on Wanlip Lane, you will find an Indian restaurant by the name of The Dining Room which reveals surprise after surprise, starting with its name. I am going to break with tradition here and jump straight into the food; there are many Indian restaurants that boast a modern menu but I have […]

At the Freemans Park Campus, on Aylestone Road in Leicester, stands the catering department of Leicester College. It is here that you will find a restaurant; run by the college and staffed by students, it is an integral part of every hospitality student’s training and each catering college in the country has one. Known as […]

The Cow and Plough in Leicester is full of character

Just outside of Oadby, ten minutes drive from the centre of Leicester, you will find the award winning Cow and Plough. Part of the Steamin’ Billy Brewery Company, a local brewery company, it specialises in serving great ale and good food with friendly service. Housed in a cluster of period farm buildings, the interior is […]

Leicester city centre is known for its vibrant nightlife and thriving dining scene, with many of the world’s cuisines represented in the large number of great restaurants. Home to the multi-million pound Curve theatre and many other cultural attractions there is something in Leicester to suit every taste and pocket. Highly acclaimed since 2009 Housed […]