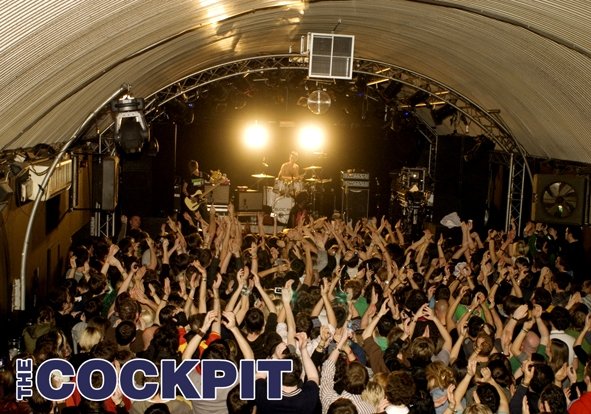 You’ll be spoiled for choice looking for music venues in Leeds, so here’s our quick guide to Leeds for music lovers. Hand-picked venues alongside a taste of what they do best and a few examples of who has graced their stages, here’s a few ideas of where to go, how to kill time before they come on stage and, of course, where around is best to eat and drink.

Close to Leeds station, The Cockpit is an intimate venue with a few rooms, each holding from 125 to 500 people. It’s a great place for live bands full of energy, and particularly showcases rock and alternative bands – anything from metal to folk. Check out The Cockpit for something a little more raw than the arenas will give you.

Capacity: 500
Past Acts: Foxes, Bring Me the Horizon, Enter Shikari, Jake Bugg
Nearby: At Swinegate, near the station, The Cockpit is perfectly located for a bit of a relaxing stroll by the River Aire before you go all out at a gig. Want a boost of energy before you get going? Distrikt is a relaxed and stylish bar and restaurant to refuel in before the band comes on. Check out their group taster menu, perfect for gigging with your mates. 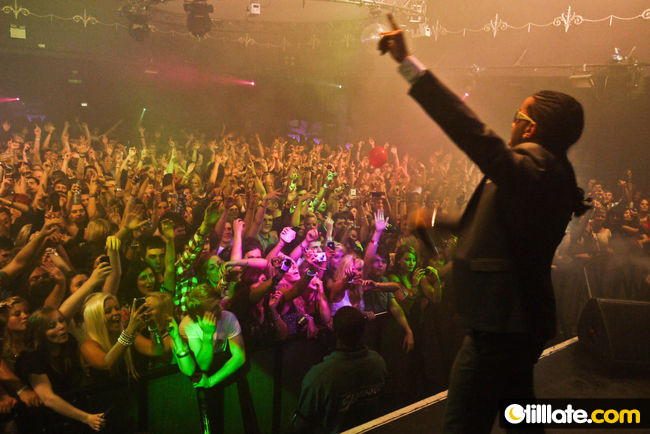 One of the city’s busiest venues, the 02 Academy is centrally located on Cookridge Street close by to both universities. A beautiful listed building first established as a music venue in 1885, the venue is the perfect place to check out live music, hosting some of the biggest names in popular music. From Madness to Cher Lloyd, there’s always something going on.

Capacity: 2,300
Past Acts: Newton Faulkner, Paloma Faith, alt-J, Babyshambles
Nearby: Not far from the Millenium Square and Leeds Town Hall, the o2 Academy is a central location perfect for mooching around and exploring independent shops and cafes. If you fancy something to eat, try out Thai Edge. Just a short walk away, the restaurant boasts tons of offers and some super tasty food. 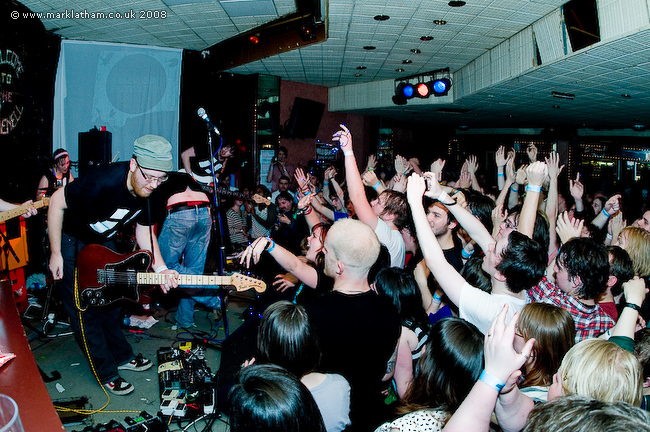 In the student-filled Hyde Park area of the city, Brudnell Social Club is famous for its fun, no-fuss attitude to hosting music. Often specialising in post-rock bands, it’s a fab place to try if you’re into searching for some of the greatest upcoming bands about. It’s also famous for hosting secret gigs by bigger names, so keep an eye out on the listings for any clues.

Capacity: 400
Past Acts: Johnny Marr, Kylesa, Swim Deep, Dan Deacon
Nearby: Make the most of Woodhouse Moor before heading to your gig at Brudnell Social Club. For a few drinks or a bite to eat beforehand, try out the Faversham, a fantastic place full of character and perfect for students. If you book a table through Go dine you’ll get 30% off your food too. Awesome. 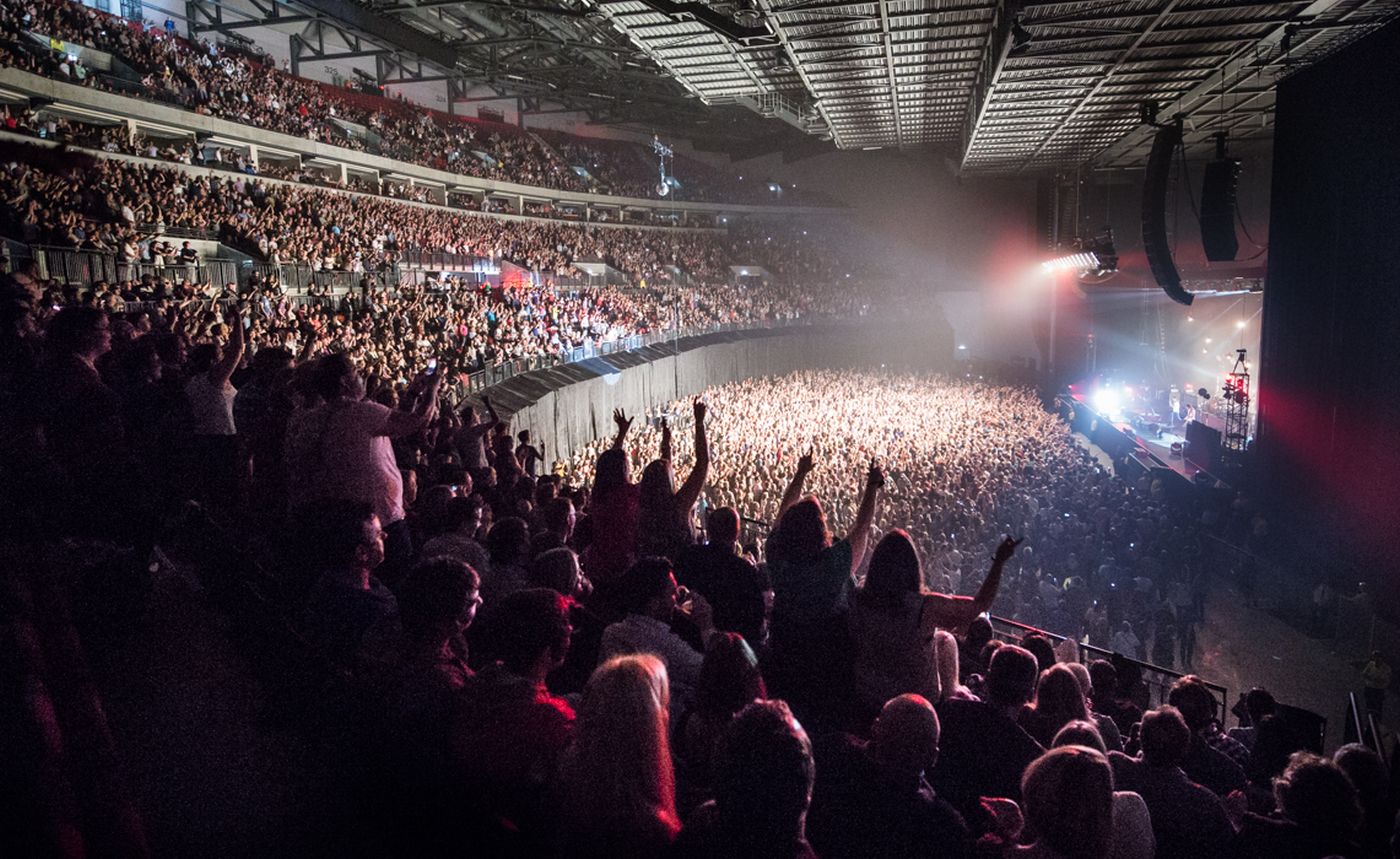 With the first event at the arena only a little over a year ago, First Direct Arena may be the baby of the venues in Leeds but it’s played host to some of the biggest names. From Prince to Miley Cyrus, Stereophonics ti Elton John, the arena is an exciting place to be scouring the listings of. You never know who’ll announce a date next.

Capacity: 13,500
Past Acts: Pearl Jam, Ed Sheeran, Depeche Mode, Kaiser Chiefs
Nearby: To kill time before your gig, take a stroll around Lovell Park or take a look round Leeds City Museum. Just a short walk away is Jumbo Records, a fab independent record store great for music lovers. For a bite to eat try Fairuz on Merrion Street for some delicious Lebanese cuisine. 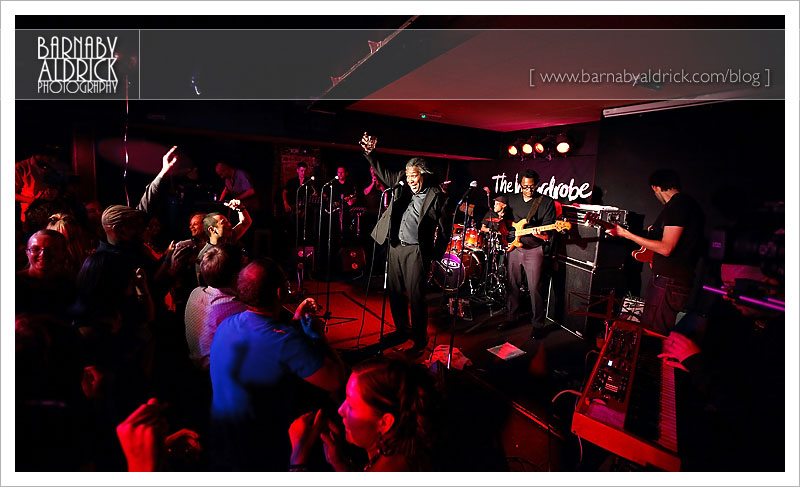 Serving up bands from student get-togethers to international artists, The Wardrobe is a place which is all about the music. An independant venue with good food, good drinks and an eclectic mix of artists in their listings, it’s a venue with a real focus on having a good time.

Capacity: 460
Past Acts: The Futureheads, Andrew W.K., Villagers, Athlete
Nearby: During the day shop ’til you drop at Kirkgate Market, or dabble in a bit of history at the Royal Armouries museum. Head to the Soul Kitchen, which is actually at the Wardrobe (bonus), before your gig for some Caribbean food that’ll knock your socks off.

Know of any other great music venues in Leeds? Let us know in the comments.