Choosing Your Main Course in an Indian Restaurant 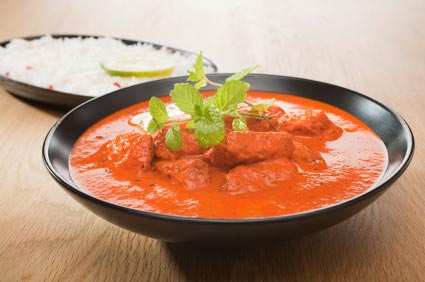 What Does That Dish Mean?

Visiting an Indian restaurant in Britain can be like a lightning culinary tour of that vast continent, with dishes from Southern India rubbing shoulders on the menu with traditional dishes from remote Himalayan valleys in the North. It is exciting to explore the huge variety but it can be confusing to know where to start when choosing a meal. Some Indian restaurants have detailed menus that explain each dish, while others leave you to guess.

Here is a glossary of some of the cooking methods, styles of dishes and ingredients that you will find mentioned in some of our East Midland Indian restaurants, so that you can go forth and explore with more of an idea of where you’re heading! It is by no means complete, and spelling may vary, as they do within India,  but at least gives you a head start and you can print it off and take it with you to navigate the menu if you like. 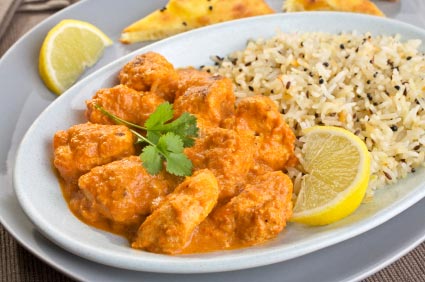 Balti is a traditional Indian wok and Balti dishes will be simmered on the hob in a thick sauce. They can be mild or hot.
Bhuna – pan fried or pan roasted
Biriani is cooked with the basmati rice as an integral part of the dish and flavoured with spices, often saffron, almonds and sultanas. It is often served with a salad and a vegetable curry sauce.
Desi means home-style cooking
Dhansak – a parsi curry with lentils
Dopiaza – dopiaza means double onions – a traditional meat dish that uses onions twice in the cooking process
Gosht – meat, usually lamb.
Jalfrezi – stir fry or saute
Karahi, like a balti is a wok, usually cast-iron, and the name just means that the dish has been simmered with a sauce in the wok. It can also be known as a kadhai.
Keema / Qeema – minced meat
Korma – meat dish with a cream or yoghurt sauce
Murgh – chicken
Pasanda means that the meat is cooked in one piece.
Rogan Josh – Red creamy sauced spicy curry from Northern India
Tikka means that the meat is marinated and cooked on a skewer in a Tandoori oven.
Tandoori – a traditional tandoor clay oven uses charcoal to cook with and imparts an unmatchable flavour to the main dishes and breads cooked in it. Meats will be marinated in spicy mixtures and grilled, giving plenty of flavour without rich sauces.

Also have a look at our guide to breads and street food/ starters, as well as our guide to ordering an Indian meal.