The History of Chocolate

We are all familiar with the (sometimes) guilty pleasure that is chocolate; whether you just pop down to the shops for a cheeky Freddo or are lucky enough to receive a ludicrously large box of artisan truffles, the melt-in-the-mouth treat is something everyone lusts after. But, where does it come from? Well, read on to find out a bit more about how it evolved from a godly gift to a mass-produced snack!

The word chocolate itself comes from the Nahuatl (an Aztec language) word chocolatl or ‘food made from cacao seeds’. The adapted by French and Spanish colonists, who respectively referred to it as chocolat and chocolate, which in turn created the English version ‘chocolate’ in the early 17th century.

Historically, chocolate was prepared as a drink by South and Central American cultures for thousands of years; archaeologists have found evidence that it dates back as far as 1750 BC, where it was prepared by pre-Olmec people in what is now Mexico. Archaeologists also reckon that the sugars naturally found in cacao pods were fermented and made the first alcoholic beverages. They think that, rather than the taste of the finished ground cacao, the boozy potential for this plant was actually the driving force behind its cultivation! Chocolate was prized by these early cultures, the Aztecs even had a god who was cast from Heaven for sharing chocolate with humans, as it was so heavenly! The pods were often used as currency and helped to drive the expansion of the Aztec empire, so chocolate has always been something of a luxury, despite its cheap price today. 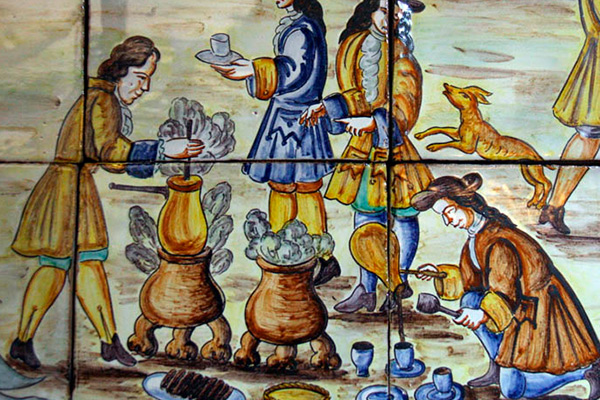 The chocolate fever spread when Europeans, from Italian explorer Christopher Columbus to Spanish conquistador Cortés, either seized or were given chocolate drinks and pastes by the native people they encountered. Within a century, it was being imported by the shipload to the wealthy elite in Europe. That is, until the Industrial Revolution of the 18th century, where new steam-powered engines could speed up the processing of cacao beans to create a new, smoother, and sweeter treat for the masses. Trial and error led to early chocolatiers adding combinations of sugar, salt, fat, and milk to find the perfect formula, even if it isn’t particularly good for you! 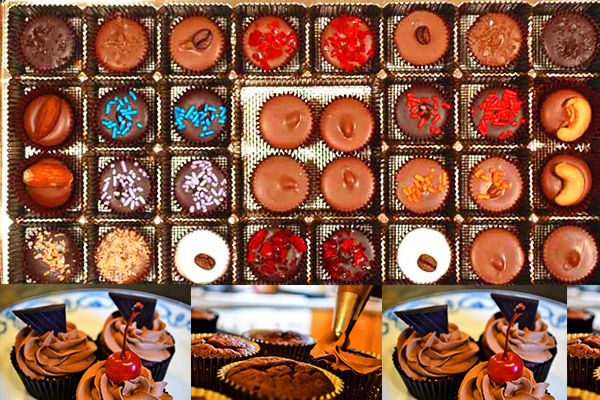 There’s definitely a divide between chocolate connoisseurs as to what makes the perfect slab of chocolate. Whether you like it expensive, somewhat bitter, and dark, or prefer the occasional white chocolate Milky Bar, there’s no doubt that it has taken over our world. You’ll struggle to find a restaurant or café that doesn’t serve it in some form, but hey, don’t take our word for it. You might want to do your own ‘research’ by checking out the dessert menus on our website, we particularly love the Pot au Chocolat at Le Mistral and the Chocolate and Orange Parfait at Darcy’s Brasserie.

What kind of chocolate floats your boat? We’d love to know in the comments!