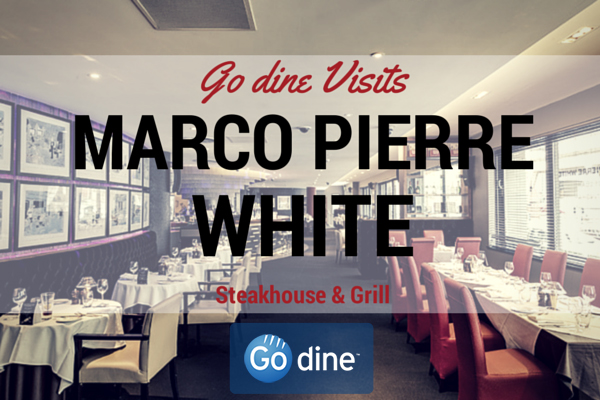 On the 21st of October, Nottingham’s Marco Pierre White Steakhouse and Grill, Nottingham was treated from a visit from MPW himself. Alongside a beautiful three course meal plus canapés, diners had the chance to meet the world renowned chef, buy his book and get something signed. The content team at Go dine was lucky enough to be invited along!

Walking into the restaurant, we were full of excitement. The restaurant is plush and sleek, stylish and presented with not a thing out of place. The delightful staff took our coats and showed us to our seats, presenting us with a selection of fantastic canapés including a trio http://essayswriters.biz/ of melon and smoked salmon with cream cheese and caviar.

The menu for the day had some wonderful options but both neither of us could resist the goat’s cheese crottin with beetroot salad and walnut dressing to start. Beautifully presented, the dish was colourful, creamy and bursting with flavour. After our empty plates had been whisked away, we couldn’t help but notice the growing excitement in the restaurant as books, aprons and black marker pens began to be stacked up on the empty table where Marco Pierre White was due to appear shortly.

Soon our mains arrived – and they were fantastic. I chose the roast duck breast, which was tender and perfectly cooked, served with a delicious confit sweet potato and an irresistibly creamy cabbage Pierre Koffman.  Once again, the presentation of the dish was second to none and each element of the food was full of flavour and absolutely delicious. Amy sampled the vegetarian option, an olive nut roast, created exclusively for the event. Generous and hearty, the nut roast used an expert blend of flavours and was a great option from the set menu. 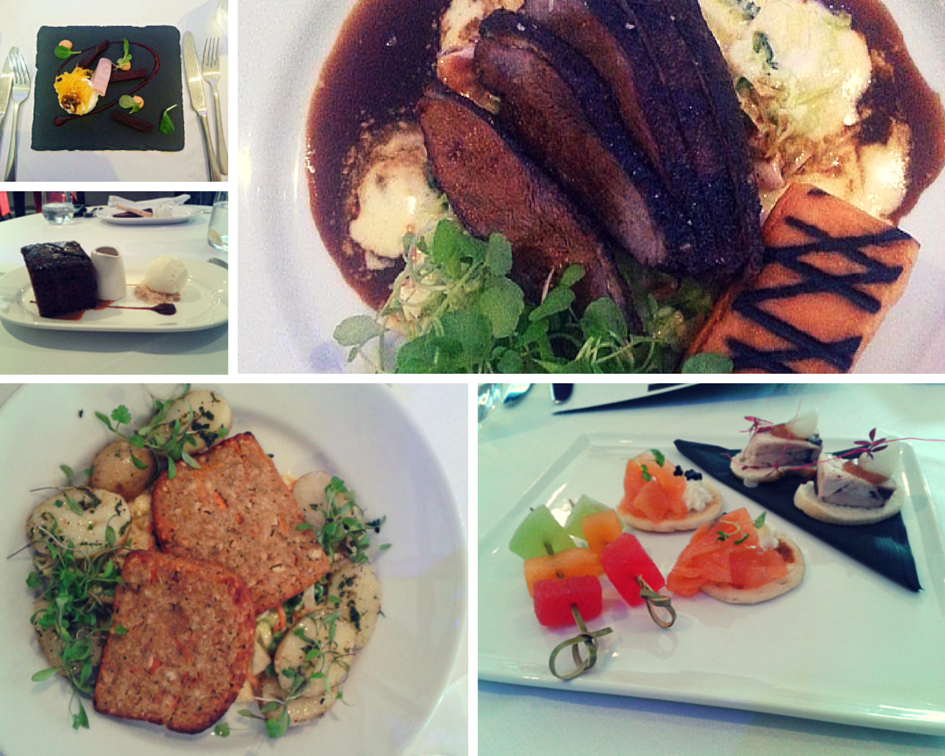 Dessert was a difficult choice with much discussion. Milk chocolate tart? Or maybe a raspberry and vanilla cheesecake? How could you possibly decide? Everything looked fantastic, but after a sneaky peek round to what other tables had been ordering, I decided on a milk chocolate tart served with mint ice cream, whilst Amy chose the decadent sticky toffee pudding.  My dish arrived and it was heavenly. Prettily presented in a deconstructed style, it was simple but stunning. Amy’s was just as impressive and was a generous portion cooked to perfection – a dessert made for anyone with a sweet tooth.

After our plates had been cleared away, we were told that we’d be next to meet Marco. A little nervous, admittedly, we walked up to the table where he sat. Well known for his hard-to-please attitude on TV shows such as Hell’s Kitchen, we didn’t know what to expect from him. It has to be said though, he was absolutely lovely. Sharp and talkative, Marco signed an apron each for us and told us about growing up in Leeds and wished us luck in our own careers.

The lunch was a fantastic occasion with brilliant food (which lead to a very slow, full walk back to the office). Not only was the food spot on, but the staff were fantastic, attentive and very helpful. Meeting Marco at the restaurant was a great experience and everything ran smoothly, the restaurant brimming with happy faces – a real testament to the excellence of Marco Pierre White Steakhouse and Grill, Nottingham.

If you want to try some of the fantastic food on offer at Marco Pierre White Steakhouse and Grill, Nottingham, visit their listing on Go dine where you can browse high-quality photos, check out the full menu, claim money off deals and book quickly and securely online!

Did you meet Marco when he came to Nottingham? Let us know what your day was like in the comments!